It's an interesting thing to be black in America. We can be viewed as both super and sub-human almost simultaneously. How, you ask?

If we look back to the first days of enslavement of Africans in America, our ancestors were thought to be inferior in intelligence but superior in physical strength and ability to sustain unbearable pain. This allowed slaveowners to justify exploitation (physically, emotionally, and sexually) of their slaves. This justified them driving slaves to do backbreaking work, often without proper nutrition or medical care. Some physicians of the day even tried to medically justify this, as Harriet Washington explores in Chapter 1 of Medical Apartheid (an excellent read if you don’t mind getting ridiculously upset at what our ancestors went through).

One of the problems with how black people are viewed in America manifests when the descendants of the architects of slavery continue to view us the same way. The results of several studies were published in 2014 that demonstrate the perceived superhuman abilities of Blacks by white respondents. This may be what Darren Wilson was referring to during his trial for the murder of Mike Brown: “it looked like he was almost bulking up to run through the shots like it was making him mad that I’m shooting at him.” (The grand jury declined to indict Officer Wilson, by the way.) How is it that we are viewed as superhuman (to the point of being able to run through bullets) but not able to critically apply our intelligence on topics such as politics? Our ancestors were beaten and even killed for striving to learn and use their minds instead of their bodies to excel. And while some things have changed, far too much remains the same. There is a meme I've seen floating around on social media: 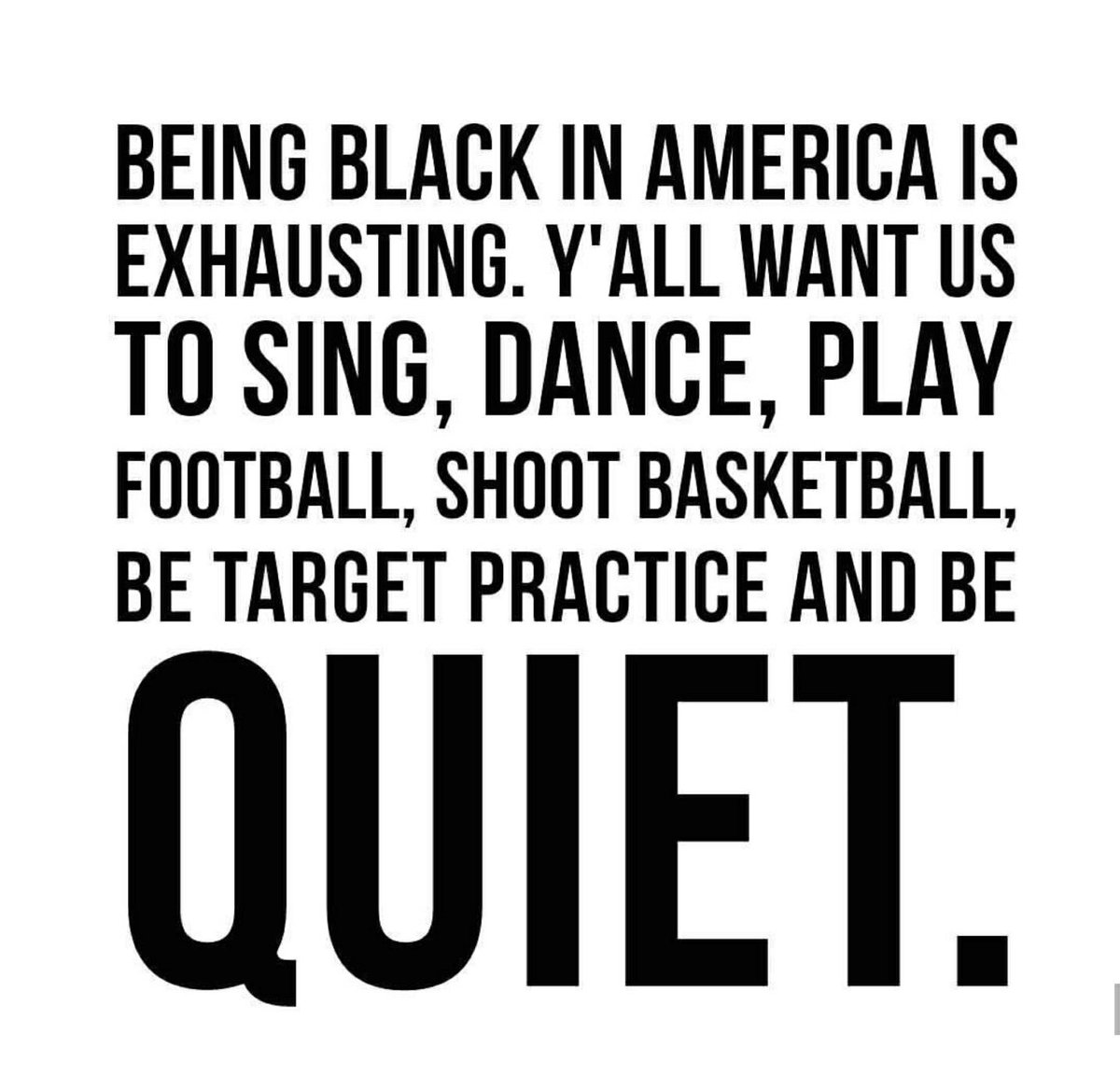 We are praised for our physical abilities, our vocal chops, our acting prowess, our [insert talent here], but when we assert our views on anything beyond that, we become a threat. The election of Barack Obama as the first black president of the United States exposed this. The educational achievement, intelligence, and leadership ability of my president (#Forever44) was constantly called into question by overt and covert racists, and frankly by people who thought (and continue to think) that a black person just couldn't be THAT smart. Never mind that a countless number of things that make everyday life possible were invented by black people, or that a team of black women made America's first trip into orbit possible. The persistent calls for athletes to "stick to sports" makes it clear that black people are seen as one dimensional in the eyes of some people; only good for entertainment. One only needs to google the name Colin Kapernick to get an idea of what some people think….

That's what makes our superpower so damn awesome. Being black in this country means that we survived the transatlantic slave trade, centuries of slavery, 100 years of Jim Crow, and decades upon decades of systematic racism, covert prejudice and overt discrimination to make it to 2017. We are the descendents of the slaves they couldn't kill and our resiliency as a people pushes us to continue to fight for our rightful place in America. Not only are we able to excel in sports and entertainment, but we are also physicists, lawyers, doctors, entrepreneurs and anything else we apply ourselves to be. My melanin drives me to strive for greatness, no matter the odds carefully crafted to hold me back.

My blackness is indeed my superpower. What's yours?